I feel that social media automation gets a bad rap from many.

Sometimes it is warranted (like when it is abused), and other times it just gets labeled as something you shouldn’t do.

But to those who say it’s something you shouldn’t do, what is their reasoning?

While first hand experience is no doubt the best way to understand whether social media automation is worth using, unfortunately that is not the case for most who are against it.

Instead, it seems like most people who don’t like social media automation are the ones who have never used it.

How can you hate on social media automation if you never used it?

Better yet, why listen to others who spout off lies about social media automation?

Automation (not just in social media) is primarily used to reduce the amount of manual effort needed to perform a task.

For example, let’s say you own a company that offers tech support for its customers. As the owner, you have a few options to handle your call center for incoming calls:

And if you get multiple calls per minute, you’ll more than likely upset customers who have to be on hold before they can even get to the right department.

Now unless you enjoy upsetting customers and paying someone more money to do something that can be done for a fraction of the cost with automation, chances are you will go with the second option.

By using the automated approach, you help reduce manual work to reach the same goal. In this case, the customer still ends up transferred to the right place through automation.

So what does this have to do with social media automation?

Everything. Well, really it just shows you that automation is used quite often in our lives.

In fact, automation is all around us:

I could go on…

But the reality is that many people despise social media automation.

It’s in part to not being educated enough on how to use it, but also because of the ongoing myths floating out on the interwebs.

So let’s set the record straight by addressing the most notorious social media automation myths and increase responsible adoption of it moving forward.

If You Automate Social Media Posts, You’re Not Engaging

This is perhaps the most popular opinion of social media automation haters.

But check this out:

Just because you automate something, doesn’t mean you can’t engage.

Just because someone scheduled a social media update doesn’t mean they can’t engage with their audience around that post.

Let me ask you a question:

If you answered “One person just wasted 10 minutes they could have been doing something else” – you would be correct.

The end user on the social media network isn’t going to ignore the same update that was automatically posted by a tool instead of a person.

And by using a tool to publish posts on social media, you now have more free time.

Do you know what you can do with that new-found free time?

Engage with your audience.

See how automation made engagement much easier for you to do?

While social automation might sound nice and all, doesn’t it mean that your posts are not relevant? Meaning that they are dated or not targeted to your audience.

This is simply not true.

Similar to evergreen blog content, these social media updates are always timely and relevant since they are not dated.

Now, if you use social media automation to blast posts that are not of interest of your audience or aren’t evergreen, then of course social media updates won’t be relevant.

It’s up to you to create social media automation campaigns that align with your audience and leverage evergreen social media content in order to get the most use out of your automation efforts.

Social Automation Sets You Up For Embarrassment

When the Aurora Colorado theater shootings took place a few years ago, American Rifleman sent out this untimely tweet: 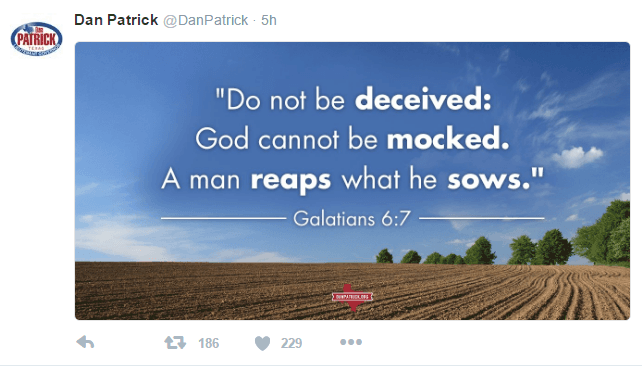 In both cases, each tweet was deleted – but the damage was already done.

Is this a fault of social media automation, or a result of the social media manager not considering the impact a scheduled post might have in the event of a tragedy?

My thought is that it falls on the social media manager as they are ultimately responsible for what gets posted on the social accounts they oversee.

Therefore, it’s important that if you do use social media automation that you are conscious of the content that has the potential to be posted in the wake of a tragedy.

With so many options available, you can easily find an affordable social media tool to help with automation.

Of course, everyone will have their own thoughts on to what kind of cost would be considered “expensive.” For example, an entrepreneur might consider anything more than $20 a month expensive while a large corporation would not have any issue paying over $500 a month for a social media automation tool.

Some of the most popular social automation platforms to consider are:

Each automation tool will have various features. You will need to decide what features are “must-haves” and see if it justifies the price for the service. On some platforms, you can get started for free and upgrade as you need to.

Quite the opposite, in fact.

Sure, you could manually login to each social account every few hours and post an update. But that would just interrupt your workflow. And while this multitasking might seem like a good thing, most people just aren’t very efficient at multitasking.

By using social media automation, you are not lazy but instead taking a smart approach in reducing a mundane and repetitive manual task.

So look at automating certain aspects of your social media processes as smart marketing, not lazy marketing.

In the end, you will be more efficient with your time since it won’t be interrupted every few hours which will allow you to stay more focused on tasks that require your full attention.

Say this with me, “I am responsible for what I post on social media”.

You have FULL control of what gets posted to your accounts.

If you don’t, you need to take a step back and evaluate your process and perhaps the tools you use. Should full control be a priority for you, then you should implement a review step before any item is published to a social media account.

For example, using a combination of Buffer and Bulkly will allow you to see your pending posts in your Buffer account before they are posted.

It allows you to automate the adding of content to your Buffer queue through uploading a CSV of social media updates, choosing content from multiple RSS feeds (content curation), or automatically adding content from RSS feeds.

You choose how often content gets added to your Buffer queue and Bulkly will handle the rest automatically, forever.

While it can be considered a “set and forget” approach, since the content is added to your Buffer queue you will be able to review it before Buffer posts it. Therefore, you can have a built-in review step if you wish.

The Use of Automation Means An Account is “Fake”

I’m not sure where this notion came from, but it always gives me a good laugh. Just because certain aspects of a social media account might be automated, doesn’t mean that the account is completely run by a robot.

As I previously mentioned, automation should be meant to take place of repetitive tasks that don’t necessarily need a person to physically do.

This means that while someone may automate content to be posted to their social media account, it does not mean that the account it fake. Instead, through the use of social automation the owner of the account can provide balance to the account and better humanize it through legitimately interacting with their audience.

In fact, using social media automation can ultimately free up more time to spend on engagement since less time will be spent on posting content.

While there are no doubt other false stereotypes about social media automation practices, these are among the most common I have seen. And as I explained, they are not entirely true.

In the end, it comes down to the execution and implementation of social media automation.

Are you a believer in any of these social media automation myths? Why or why not?

Do you use automation and feel that you are looked at differently or get associated with these myths?

I’m interested in hearing your thoughts (both good and bad) – so be sure to leave them in the comments below.

Content Upgrade Box: This should be able to be defined in the post editior with a short code or something to make this yellow box display.

Get back more of your time by eliminating unneccessary repetitive and manual social media scheduling tasks.